Being An Aboriginal European

I call myself an ‘Aboriginal Europeans’, whenever my own origins might be relevant.  I avoid racist terms like White or Caucasian when talking about people whose ancestry comes overwhelmingly from people living in Europe in the year 1500.  I am one: a pink-faced blue-eyed red-headed man of pure North-West European ancestry, in as far as such things can be traced.[A]  Tracing Williamses in Wales is not easy: but my father’s heritage was purely Welsh, in as far as such a thing is real.  Devonshire English from my mother, though family name Dalling suggests a remote link with the invaders known as Danes.  (But many would have come from what’s now Norway.) 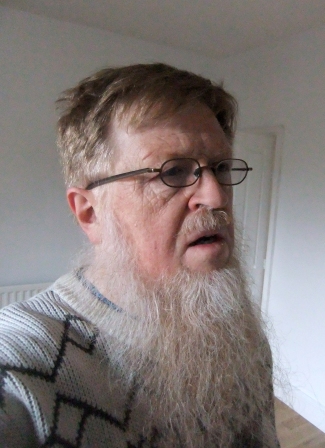 I did a DNA test, which found my origins to be 46% from the hunter-gatherers who were the first Modern Humans in Western Europe.[B]  43% from the farmers who spread westward from West Asia, where agriculture was first developed.  And 12% from the metal-age invaders who probably came from what’s now European Russia: they are believed to have brought with them the whole range of Indo-European languages, including the Celtic branch from which Welsh emerged.

My DNA also says that I am 94% from the British Isles and 4% from Asia Minor – how that link could exist, I have no idea.  It might not even be real, but a link with that ancient centre of civilisations would be a nice enough connection.

My genes also had a hint, probably misleading, of slight descent from Ashkenazi Jews.  An equally obscure hint of Finn, which is weird since my brother married a Finn: but we have no other known connection.

There are also complexities in what it means to be British.  One recent DNA study suggests that 90% of the ancestry of Britons was replaced by a wave of migrants who arrived 4,500 years ago.[C]  These are commonly called the Beaker People, and they perhaps spoke an ancestor of the later Celtic, Italic, Germanic and Balto-Slavic languages.  They took over an ancient sacred site now called Stonehenge.  They were the first to place stones in what had been a ditch and bank enclosure, perhaps with unknown wooden structure.

The famous Amesbury Archer has teeth with isotopes that show he grew up near modern Switzerland.  Other came from further west in Britain:

“Some of the bodies buried at Stonehenge came from hundreds of kilometres away in Wales, a new analysis of their cremated remains has found.

“Fragments of bones from burials at the site in Wiltshire, UK, were first uncovered almost 100 years ago. Until now, it was assumed they were all individuals from the local area.

“Radiocarbon dating of the remains had suggested that they were buried at around the same time as the first standing stones – Welsh bluestones – were erected at the site, around 3000 BC.

“Now, new developments in a technique known as strontium isotopic analysis have allowed Christophe Snoeck and his team from Vrije Universiteit Brussel to study the remains again. Their work suggests the individuals came from the same area as the bluestones.

“Strontium isotopic analysis can tell researchers what foods someone was predominantly eating in the last decade before they died. Plants have different levels of strontium depending on the bedrock of the area they are grown in, and this can be read in the bones of the humans who eat them.”[D]

That’s my British heritage – something the ignorant might call Pure Caucasian or Pure Aryan.  I see it as a convenient accident – it makes me one of those who currently get many unfair advantages in a globalised world.  I use that advantage to work for global fairness and equality, in as far as I can.

I see the trend as favourable – the global elite had to be pushed by left-wing pressure into letting in some selected non-whites and women, though still not in proportionate numbers.  The danger now is right-wingers among the Aboriginal Europeans reacting stupidly to economic unfairness.  As I have detailed elsewhere, the Libertarian creed is non-racist; but electable New Right parties have a long-term pattern of tapping into racist and anti-immigrant feeling.

For me, the real answer is to end the unfair privileges of the more-than-millionaire class that has dominated Britain and the USA from the 1980s, and had a malign influence on Western Europe.  Have done nothing to improve overall economic growth or the spread of innovation.

Profit is not the best motivator for new technology.  The Internet was invented by a number of people working for the US military, who were more sensible than their Soviet counterparts and let good ideas be publicised and taken up for the general social benefit.  And the World Wide Web – a system of hyperlinks that runs on the Internet and should not be confused with it – was an old idea that was first realised by Tim Berners-Lee, who was not business-minded and did not grow rich from it.  He was a scientist working for CERN, the international centre for subatomic research that has no obvious commercial potential.  He was allowed to spend time on a project that might not have worked and that CERN made nothing from.  Working to benefit the entire human race remains the best way to create real material wealth.

I refuse to speculate about ‘spiritual wealth’, in part because of the vast diversity of understanding of what it might be.  Many people see the stars as highly spiritual and favour space exploration to learn more about our fascinating universe.  Other see it as wasteful: my own mother was one such, though I shared her views on most topics.

I could defend space exploration as attracting people who might otherwise be attracted to war, or often combine both.  A world without war would probably also be a world that put a lot of its energies into exploring the wider universe.  And both military ambition and Big Science help produce technology that benefits us all.  But as well as that, I see it as something that would be worth doing for its own sake, even with no other benefits.

I personally am maybe a shade better off in the current mess than if the Mixed Economy had been preserved.  This is due to pure luck: I worked for a company that had an excellent occupational pension scheme, closed to new employees shortly after I joined.  Born 1950, I am surprised at the way younger people have allowed themselves to be treated.  And irritated that some of them follow media-planted suggestions that their problem is the Baby Boomers, rather than the more-than-millionaire class that own or dominate most newspapers, magazines and televisions channels.  An elite that tries to make others think things that suit only the elite.

On racial matters, I deny that ‘races’ are even real.  Human diversity within Aboriginal Europeans is considerable, especially within Northwest Europe, at least on matters of colour of hair and eyes.

If all of us Aboriginal Northwest Europeans have pinkish low-melanin skin, this is useful with a peasant diet that was low in fresh vegetables and fresh meat, both useful sources of Vitamin C.  The oldest hunter-gatherer population was probably a mix of swarthy skin and blue eyes.[E]

The so-called White Race is unreal.  Aboriginal Europeans blend in smoothly with people in West Asia and North Africa.  Before the rise of Islam, this was a single cultural area that the Roman Empire conquered and which then became Christian.  Military accidents meant that Muslims dominated North Africa and West Asia, but never got far into Europe and were mostly pushed out again.  Had been wholly pushed out of Spain and Sicily, and meantime Aboriginal Europeans invented the idea of a White Race, which was useful to their global empires.  Particularly useful to justify sabotaging the Imperial Chinese government’s efforts to fight opium addiction – this was the Yellow Race and needed to be reshaped and Christianised.

The same ideas were useful for exterminating the Native Americans, Maori and Australian Aboriginals.  Helped make settlement easier by importing vast numbers of extra workers from Black Africa, and giving them as little as possible.  And kept Poor Whites usefully tied to the rich and resentful of the rest.

The idea of a ‘Caucasian’ race was particularly absurd, deriving from a racist scientist who believed there was some particular purity among the people of an ancient nation and isolate language group called the Georgians, Joseph Stalin’s people.  The Caucasus Mountains actually contain a great diversity of cultures, languages and physical types, like most mountain regions.  Anyone not living within a few hundred miles of those mountains is unlikely to have had any ancestors who ever lived there.  Migration out of Africa probably took easier routes.